Save 25% on NuroSteady from Rebel Herbs. NuroSteady is combination of traditional Ayurvedic herbs used to promote healthy mind & brain function. 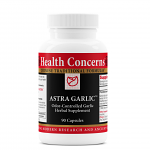 SKU: P198B-120
Brand: Pure Encapsulations
Price : $51.25
Practitioner Login for Wholesale Access
There are no reviews, yet! If you've tried this item, share your experience.